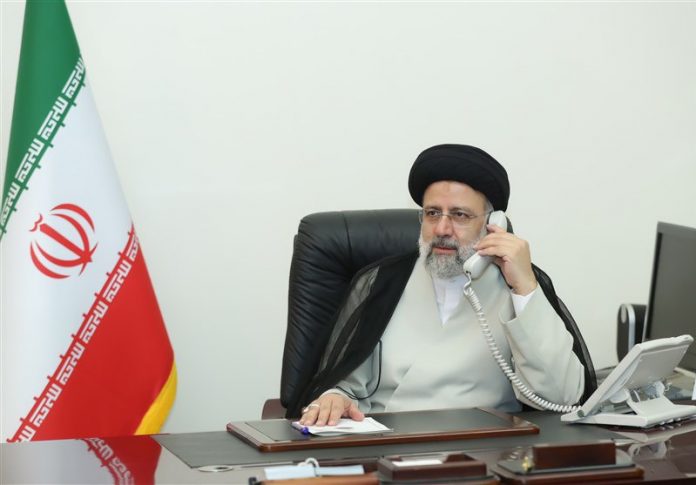 Iran’s President Ebrahim Raisi reiterated on Monday his country’s permanent affirmation of lifting the siege and ceasefire in Yemen.

According to the Tasnim International News Agency, Raisi stressed the importance of making efforts to resolve the crisis through a Yemeni-Yemeni dialogue and understanding without foreign interference in this country.

This came in a phone call made with the United Nations Secretary-General António Guterres, in response to the Secretary-General’s call for the extension and continuation of the ceasefire in Yemen.

Addressing Guterres, Raisi added: “I hope with your efforts and follow-up that the Kingdom of Saudi Arabia fulfills its obligations to stop the attacks on Yemen, and is convinced of resolving the issues of this country through the participation of Yemenis and determining its fate through its people.”

Mr. Raisi also stressed that Tehran would be ready to use its diverse and influential capabilities to solve regional and global issues.

In turn, Guterres praised the positive outlook and humanitarian approach of the Islamic Republic of Iran in resolving regional and global issues.

Guterres told the Iranian president that he would do his utmost to persuade Saudi Arabia to stop the attacks on Yemen and try to resolve the crisis through dialogue between the various Yemeni factions.