Home Reports 734 Martyrs and injured in Hodeidah during 2022 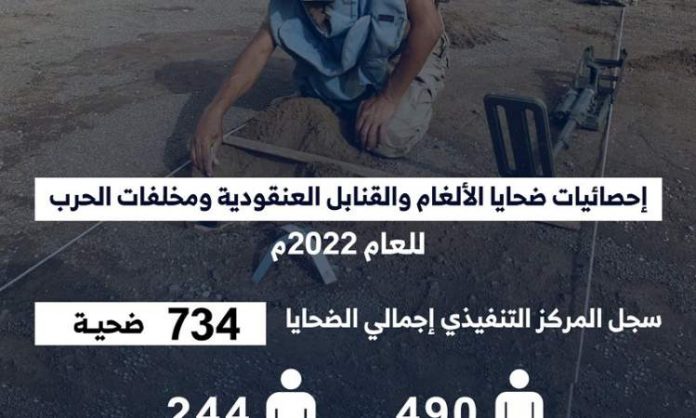 The Executive Center for Mine Action stated that the total number of victims of mines and cluster bombs, remnants of the aggression in Hodeidah Governorate during the year 2022 AD, amounted to (734) victims, including (244) martyrs and (490) injured.