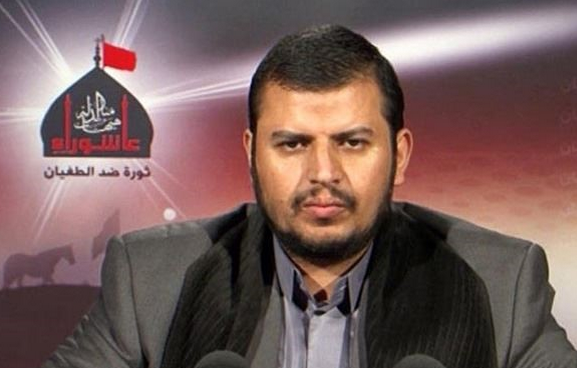 The leader of Yemen’s Houthi Ansarullah, Abdul-Malik al-Houthi, said that Saudi Arabia is carrying out the deadly aggression against Yemen on behalf of the US and Israel

Houthi delivered a speech to the Yemeni nation on the occasion of Ashura, the martyrdom anniversary of Imam Hussein, on Saturday

The United States has called for the Saudi aggression against Yemen, Houthi stated, adding that the Yemeni nation can eventually defeat the Saudi aggressors and their mercenaries in the war the regime in Riyadh has waged on the impoverished country

The mercenaries are being bought into the Saudi war on Yemen, the Ansarullah leader said

Houthi also touched upon the issue of resistance in the occupied Palestinian territories against Israel, “we, the Yemeni people, stand with the Palestinians in face of the Israeli occupation”

Saudis are violating international law with the backing of Washington and Tel Aviv, killing women and children of Yemen, Houthi said

The main objective of the Saudi aggression, the Houthi leader said, is to occupy Yemen and subjugate the Yemeni nation. However, he added, the aggressors are not aware of the extent of resistance on the part of Yemenis

Nobody can humiliate or subjugate the Yemeni people, the Ansarullah leader stated