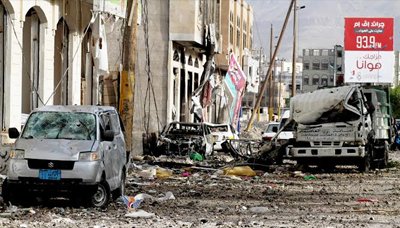 Al-Thawra Net
The Mine Action Service’s Executive Center said that said the Saudi-led coalition dropped 140 thousand cluster bombs on Sa’ada, Hajja, Amran and Marib cities since the beginning of the aggression until December 2015.
The center indicated that the Saudi-led coalition dropped a Neutron bomb called (the mother of bombs ) on Attan area and targeted civilian neighborhood in the Sana’a with cluster bombs .
The center pointed out that the coalition used an internationally banned cluster bombs made in the U.S.A and the U.K and used on farms ,civilian residences and governmental quarters .
The center confirmed that there is a field team working with an international expert to disarm the cluster bombs.