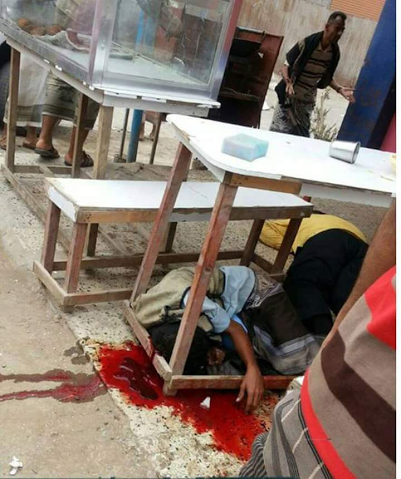 Media sources, close  to the Saudi aggression, mentioned that the armed people shot al- Hidari in his  back while he was eating his breakfast with his son in a cafeteria.

local citizens carried them to a nearest hospital but they passed away due to a serious injuries .

Southern provinces lack security since the Saudi aggression that made Aden a good place for al-Qaeda.