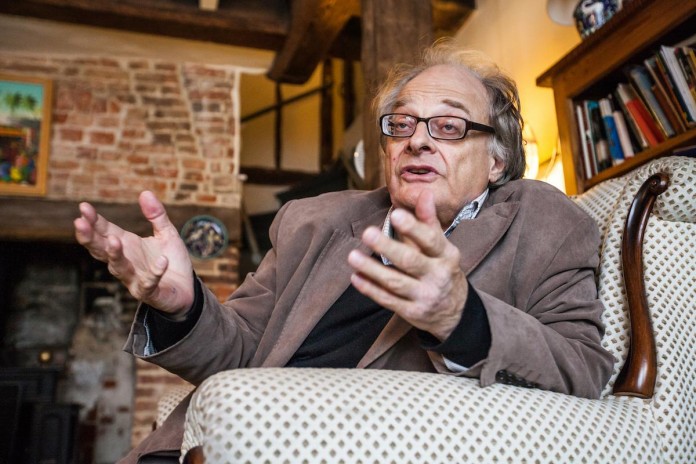 Patrick Cockburn , a famous Irish journalist, said in an article in The Independent on April 11th that however, the truce whatever its inadequacies – is the most serious attempt yet to stop the fighting that has left the country fragmented and allowed al-Qaeda to take hold of territory.
“A shaky truce has stopped the fighting in only some parts of Yemen, as UN-backed efforts get under way to end a civil war that has killed 6,200 Yemenis and enabled al-Qaeda to set up its own mini-state in the south of the country,” Cockburn confirmed.
The conflict has torn the Yemen apart after Saudi-led coalition intervened in March last year, as the “forgotten war”. Airstrikes by the Saudi-led coalition has inflicted heavy loss of life on civilians, including 97 people, 25 of them children, who died when bombs were dropped on a crowded market place in north western Yemen on 15 March.
According to Cockburn article, Shawqi Abdullah, a taxi driver in the capital Sana’a said that people are no longer able to live because of the war which destroyed everything. Abdullah added “We had a calm night with no planes flying and fear of bombs. And we hope that the war ends.”
“But, though residents there said they had spent a quiet night, there was continual fighting in the city of Taiz” Cockburn said.
He also explained that Kuwait peace talks on 18 April are due to begin under UN auspices in, but a year of fighting has left Yemen fragmented as different armed groups of uncertain loyalty battle for control of every province.
“Saudi Arabia-led coalition are backing the government-in-exile of Abd Rabbo Mansour Hadi, which claims legitimacy because it is internationally recognized, though it was never elected,” Cockburn said.
The article contained that even the war against Houthis and Saleh, they have not been defeated and were able to hold a defiant rally in Sana’a to celebrate their resistance a year after the start of the coalition bombing campaign. On the other side, the in-exile government with Saudi support recaptured Aden last July, but the port city and southern Yemen have collapsed into chaos.
The outside world has paid limited attention to the war in Yemen because the country is isolated and there has been no mass exodus of refugees and migrants heading for the European Union, according to Cockburn.
He said “So bad are conditions that some Yemenis have fled to Somalia, one of the most impoverished, divided and war-ravaged countries in the world,” then added “Even before the war, Yemenis were very poor and many do not have the money to take flight, however bad local conditions.”
Cockburn pointed out that the greatest beneficiaries of the break-up of Yemen have been al-Qaeda in the Arabian Peninsula (AQAP). He also explained that The group, which the US holds responsible for a series of bomb attacks on American targets, has expanded rapidly over the last year, seizing Mukalla, a city of 500,000 and the third biggest port in Yemen.
He mentioned that AQAP got its opportunity to expand when Saudi Arabia launched “Operation Decisive Storm” in March 2015, Yemeni army were withdrawn from Mukalla and AQAP took over. With revenues from taxes and smuggled fuel, it has been able to grow in popularity. Its leaders are able to arm their fighters with weapons and ammunition abandoned by the army that is fighting Saudi-backed forces.
“The ceasefire may be a sign that Saudi Arabia wants to extricate itself from an inconclusive war that it is not winning and which, instead, has produced a stalemate with the Houthis still holding Sana’a and with AQAP creating its own state on the southern coast,” Cockburn said.
He hopefully ended his article that the ceasefire that was meant to begin at midnight on Sunday may be inadequate, but it is the most serious attempt to end the fighting in a year.