Home Local News Al-Houthi: Hadi Should Be Out Of Yemeni Political Scene 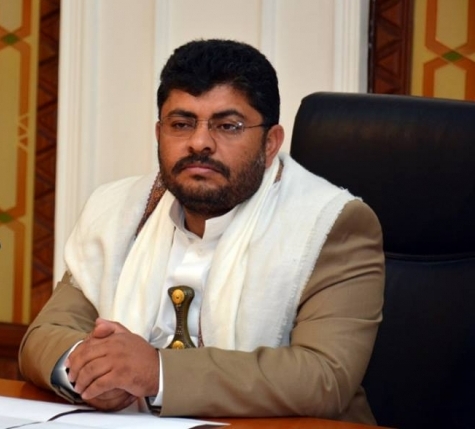 May 27th , the head of the supreme revolutionary committee, Mohammed Ali al- Houthi  clarified that some ambassadors of major countries stressed on the necessity of bringing Hadi out of Yemen’s political process

According to the World News Channel, al-Houthi said that  he received information telling that some of Europe embassies said Hadi have to be out  of the political game.

Houthi confirmed that the Saudi-led coalition aggression supported the spreading of terrorism in Yemen as well as destroying the country infrastructure and killing dozens of citizens .

He added that explosions and security chaos in Aden means that Aden is controlled by the  terrorist groups not by Hadi forces, as well as Aden is not under the control of the Yemeni Army and popular committees due to the Saudi-led coalition forces intervention in Aden.