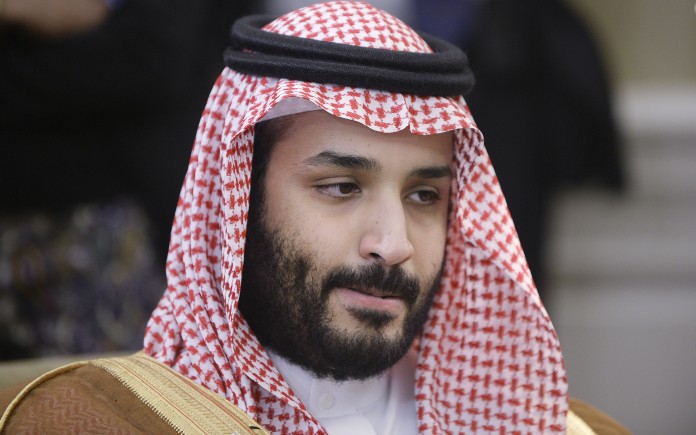 Prince Mohammed, who also serves as the country’s defense chief, has unsettled many Saudis, including royals, by launching an expensive war in Yemen, the Washington Post (WP) reported on 21st of May.

“Companies in the oil-exporting country have been forced to shed tens of thousands of employees in recent months. The government, in turn, has imposed painful austerity measures on citizens, ripening conditions for Arab Spring-like turbulence,” analysts said to WP.

The Late last month, construction workers torched buses during demonstrations in the holy city of Mecca because they had not been paid in months.

Adding to unease has been the meteoric rise of King Salman’s 30-year-old son, Mohammed bin Salman. He has taken charge of economic reform, but rival royals and religious elites appear rankled by his attempts to consolidate power.

“The conditions that produced the Arab Spring five years ago haven’t gone away, and they seem to be even more of a concern in Saudi now,” said Bruce Riedel, a former foreign policy adviser to President Obama and a senior analyst at the Brookings Institution . According to the report, Saudi Arabia — with its generous oil-financed welfare system — managed to avoid significant unrest while the 2011 uprisings took hold in Egypt, Libya and Syria.

WP report pointed out to the good and the bad times of Saudi Arabia. Saudi Arabia, a U.S. ally and the world’s biggest oil exporter, is still a wealthy country and has bounced back from times of low oil prices before. But even as crude has risen recently to nearly $50 a barrel from around $30 earlier this year, analysts do not foresee a return anywhere close to the sky-high prices of two years ago.

WP added “Rising international energy competition is partly to blame for the price collapse. So, too, is the Saudi policy of trying to bankrupt competitors in other countries by keeping oil production relatively high.”

Unemployment has become especially problematic for Saudis younger than 30, the majority of the kingdom’s 22 million citizens, according to Naylor.

Naylor said “economic growth has tapered off recently and budget deficits have grown, spurring the International Monetary Fund to warn last year that Saudi Arabia could run out of cash if it failed to make reforms.” He added “Authorities have responded to the crisis by cutting subsidies for water, fuel and electricity, but financial experts say more is needed — possibly taxation, a hot-button issue for Saudis.”

Simon Henderson, an expert on Saudi Arabia at the Washington Institute for Near East Policy, said the powerful religious establishment has not responded to the Prince Mohammed plan, which suggests they disapprove of it.

“There’s nothing in the recent changes that would be a cause for joy among the religious establishment,” Henderson said.

He also pointed out  “Prince Mohammed, who also serves as the country’s defense chief, has unsettled many Saudis, including royals, by launching an expensive war in Yemen.”

This month Naylor confirmed , King Salman reshuffled the government in yet another move interpreted as further paving the way for his son to eventually ascend the throne.

Naylor also indicated the more immediate issue that appears to be an economy no longer flush with as much cash. This appears to be what led to demonstrations last month by employees of the Binladin Group who had been laid off without receiving pay. Video images of the protests show buses burning as sirens blare in the background.