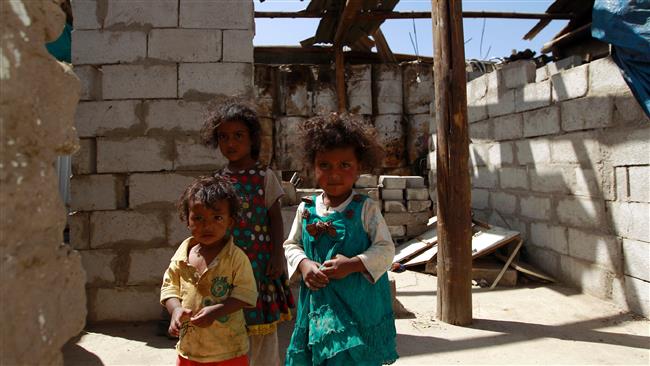 The UN has voiced alarm over an already dire food security situation in Yemen amid relentless Saudi attacks, saying the crisis could get much worse if it fails to receive more funding to address the issue.

In a statement released on Thursday, the UN said its Food and Agriculture Organization (FAO) needs more funding.

It warned that the food and nutrition situation in Yemen will turn into a “humanitarian disaster” if more food is not delivered to the war-stricken country.

FAO should deliver timely aid in the April/May cereal and vegetable planting season and the summer fishing season, and vaccinate livestock before winter, it added.

Around 14.4 million people – over half of Yemen’s population – urgently need food security and livelihood assistance as the country is suffering from a blockade imposed by Saudi Arabia, FAO reported earlier this week.

Shortage of medical supplies is also threatening the lives of the injured and doctors have to treat patients in damaged buildings, with poor equipment.

Back in January, the International Committee of the Red Cross (ICRC) in a report expressed alarm about attacks targeting hospitals in the country, warning that lack of medical supplies has put the life of millions of people at risk.

“Drugs, medication and medical supplies have been prevented from crossing frontlines into hospitals which desperately need these supplies,” it said.

The ICRC called for the removal of barriers for the delivery of medical supplies as well as an end in attacks on health care facilities.