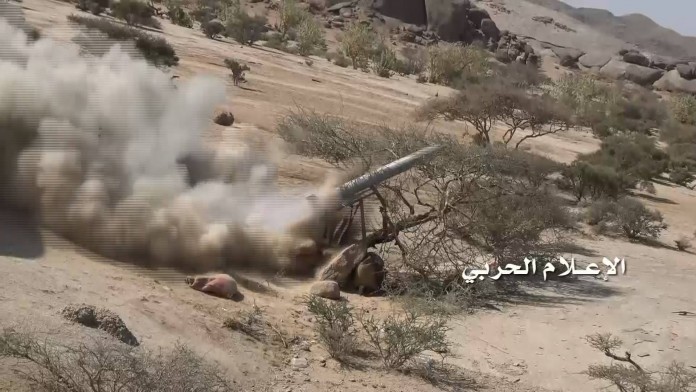 The Yemeni army and popular committees fired a Tochka missile on a gathering of the Saudi-backed mercenaries at al-Hajaf camp in al-Madhareba area in the South of Taiz province, the military official said, adding that the missile attack has inflicted large casualties on the mercenaries, among them an Israeli officer.

The Israeli officer was a colonel and responsible for an Israeli surveillance plane that spies on Bab al-Mandab, Kahbob and al-Waze’yah areas in Taiz, the official added.

The colonel, who is of Ukrainian origin, worked as an officer at the Data Analysis Division at the Israeli Army, according to the official.

The Tochka attack targeted operations rooms of the Saudi aggression and its mercenaries at the camp.

The missile hit its target accurately and killed many of the Saudi-finded forces, some of them were from different nationalities, the official said, stressing US army advisors were in the camp and lift one hour before the attack.

The official said the Saudi –backed forces were prepared to carry out a huge offensive against several districts in Taiz.