Home Articles If Mary Was Fair! 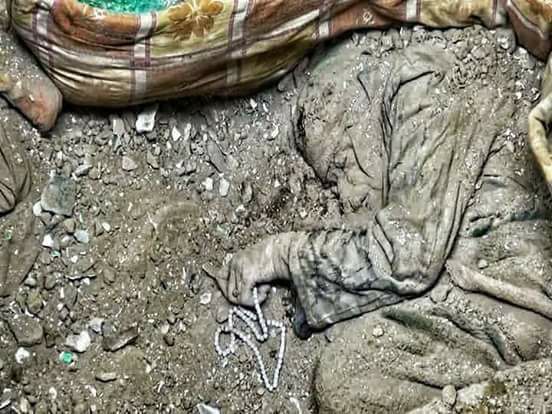 In a moment of abandonment of humanity, Hanna Lahoud, a Red Cross employee, was killed.  The man who defeated the war and was defeated by hatred to die on Saturday morning April 21, 2018 in the city of Taiz, specifically in the part controlled by Saudi aggression and its hands!

Hanna Lahoud was killed on a mission of humanitarian work, where shots of hatred killed Hanna Lahoud the lover of life and people. Those bullets did not kill (Lahoud) alone, but the humanity, killed peace, and killed hospitality that marked by Yemen!

These bullets were killed the spirit of Taiz, its culture, openness and diversity; and replaced it with nightmares, blood, dead bodies and murderers!

Hanna who came from Lebanon to Yemen to cure the pain of people everywhere but he was killed on charges of humanity. We are really sad for (Hanna Lahoud) and condemn his death, also we reject their crime in Yemen, at the same time we feel also sad  that no one has even turned to see the bodies of our citizens as if they deserved to be killed. It is just because none of them work in an international organization, and because their names are not registered in the list of those engaged in humanitarian work! Or perhaps because they are often very ordinary, and their dreams are simple, and their borders did not come out of the dust they believed in, and were buried in!

By a deadly chance for the fourth year, on the day of the death of Hanna Lahoud, there was a bombing in a home  in Sa’ada.  Sa’ada every moment is bleeding, and every moment there are deaths, the destruction of a family, the roasting of children, the scattering of women’s remains, and no one talk about it.

Sada’a did not receive any condemnation of one of the world’s activists who did not hesitate to condemn the death of Hanna, who was lucky that he was not from the people of Sa’ada, and was not a Yemeni, but a distinguished international employee, and if he was from  Sa’ada no one will care.

In the picture, a woman under the rubble of her house in Sada’a, was she waiting for the murder? With her rosary, was she knowing that she and her granddaughters would be the human meal that the aggression and its missiles are enjoying today?

Is the fact that the woman and the family from Sa’ada makes the scene so ordinary and uninteresting that the world did not regret, or cry a little?

The world was paying attention to the part of Taiz, condemning and regrets with (Mary Lahoud)!

Mary Lahoud is right in every pain and sorrow she sent, and we send her our condolences, but the conclusion of Mary words from the point of our grief was not fair, when Mary concluded her pain saying (not like this..Yemen) her words didn’t did not do justice for Yemen and its people, if Mary was fair she will say: The bullet financed by the enemy kills Yemen before killing Hanna!

If marry was fair she was mentioning that Yemen is under war for the fourth year without any objection, and that innocent Yemeni blood flows every inch across the country and no one wants to see it!

If marry was fair she will condemn the criminal plot against Yemen that  aimed at openly destroy the future of Yemen. The criminal plot which is the main reason of her husband death.

If marry was fair she will criticize and denounce the destroying of Yemen, selling killers more weapons that kill innocents.