Home Reports In Yemen, More Die From War’s Side Effects 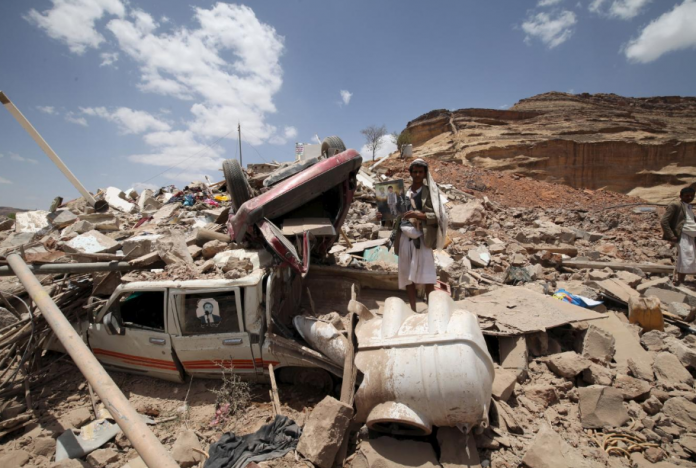 The outgoing head of the International Committee of the Red Cross in Yemen said Friday he believes that more people are dying from indirect effects of the conflict now than from bombing, shelling and ground attacks.

Alexandre Faite pointed to more than 2,000 deaths from cholera and acute watery diarrhea in a little more than six months, a crumbling health system, almost no power in most towns, and the absence of key commodities or their availability only at very high prices.

He told a small group of reporters Friday that he has been traveling to capitals including Berlin, Brussels, Paris and Washington to deliver the message that “the situation in Yemen and the results of indirect effects of the hostilities are really dire.”

With the high death toll from cholera, Faite said, “I would personally think … that now more people are dying from the indirect effect of the hostilities.”

Aid must get in

“The conduct of military operations is bad enough,” Faite said, but the indirect effects of the war on Yemen’s crumbling infrastructure, the failure to pay health workers, teachers and civil servants, “is really impacting the life of the everyday Yemeni.”

As an example of the dire situation, Faite said, the ICRC is supporting six kidney dialysis centers in the north where no others are functioning, and it also has been providing insulin to Yemenis with diabetes.

For people whose lives depend on this, if “you don’t get it one week, the next week you will not be around,” he said.

The war has also damaged power plants and it’s estimated that only 10 percent of Yemenis have access to power in towns and cities, Faite said. So generators are crucial not only for electricity but to run pumping stations for water supplies.

Faite said all parties need to sit down to see what can be done to speed up commercial shipping, especially in the northern port of Hodeida.