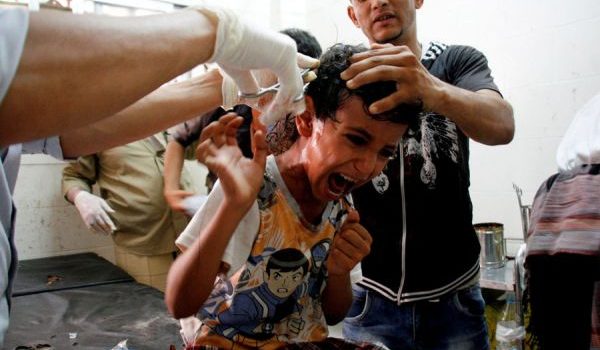 Scale of Death and Hunger Increases, in Yemen

More than three years after a Saudi-led coalition began to bomb Yemen, the country is hanging on by a thread, workers for international aid organizations say.

The country’s protracted war has decimated much of its infrastructure, and 22 million people — at least 75 percent of the country’s population — require humanitarian assistance every day.

Saudi-led blockades of ports and land routes into Yemen have strangled the supply lines for food, medical supplies and other forms of aid in the country. Before the yearslong war, Yemen was importing 90 percent of its goods.

Now, more than 11 million children have nutritional, medical and educational needs, according to UNICEF. About 2 million people are internally displaced, by UN tallies.

The US Institute for National Security Studies revealed the Saudi-led coalition fighter jets have waged more than 100,000 strikes on Yemen, killing and wounding over 15,000 citizens in Yemen since March 2015.

The move came during an article written by writer Daniel Bayman in the institute’s blog.
Bayman said that most of the strikes have focused on killing and wounding over 14,000 civilians and dilapidating infrastructure of Yemen to so far.

“Riyadh has launched more than 100,000 air strikes over the past three years and spent billions of dollars a month on the military operation on Yemen,” he added.

Bayman noted that Saudi UAE have been following a disastrous strategy in Yemen.