Home Local News Murad tribes confirm their support for the Yemeni army with “money and... 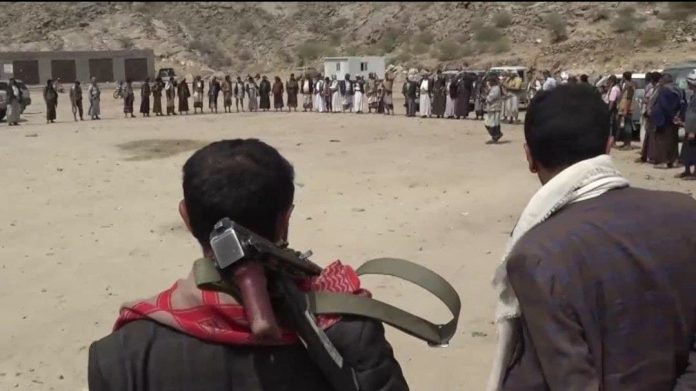 Murad tribes of Marib province held on Sunday an expanded meeting in Mahliya district, announcing their support for the army and the popular committees to complete the liberation of the remaining areas of the province from the Saudi-led coalition mercenaries.

In the meeting, Governor of Marib, Major General Ali Mohammed Tua’iman, praised the honorable positions of Murad tribes, their bias towards the homeland, its security and stability, and their rejection of agents and traitors.

The governor indicated that the operations carried out by the army forces and the popular committees aim to maintain security and stability and liberate the province from the defilement of the aggression forces and mercenaries.

A statement issued by the expanded meeting of Murad tribes announced that they stand by the army and the popular committees and supply the fronts with money, men and weapons until victory is achieved and the entire soil of the province is liberated from the dirt of the Saudi occupation.