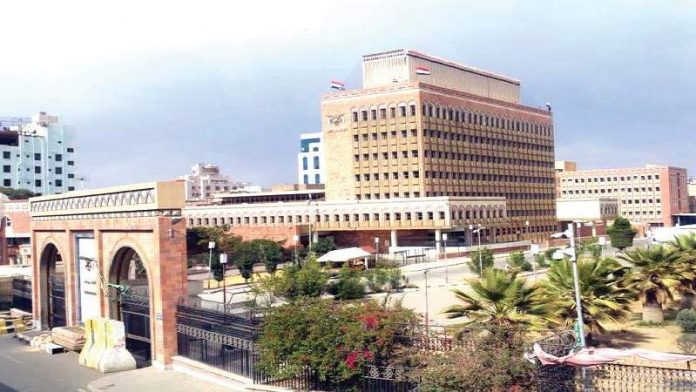 The Central Bank issued an important statement regarding the approval of the International Monetary Fund to support the account of the Central Bank branch in Aden with an amount of $300 million from the special drawing rights of Yemen.

The statement stressed that the decision of the International Monetary Fund reveals the contradiction of its policies and decisions and the duplication of its dealings with the same issues according to political agendas, pointing out that the US-Saudi aggression seek to implement their plans towards Yemen, by providing funds illegally to finance military operations and the war on Yemen.

The statement also indicated that the Central Bank demanded the provision of management of the rights of withdrawal units through a third party to ensure that the value of these units is used to finance commodity imports, and the allocation of the equivalent in Yemeni riyals to pay the salaries of state employees.

The statement added, “We demanded to stop any disposal of the Special Drawing Units of the Republic of Yemen, until the end of the aggression against Yemen, in order to ensure that the entire Yemeni people benefit from the drawing rights units.”

The statement warned that: “In the event that the International Monetary Fund rejects any of our demands, we reaffirm our total rejection of any decision taken by the Fund regarding the Special Drawing Rights of the Republic of Yemen.”

The statement stressed: “We release our responsibility from any burdens that will result from the decision of the International Monetary Fund in the event that it rejects our demands.”

The Central Bank statement affirmed that it reserves the legal right to hold accountable and prosecute any entity or party that works, facilitates, or contributes directly or indirectly to the exploitation, waste and appropriation of the rights of the Yemeni people.