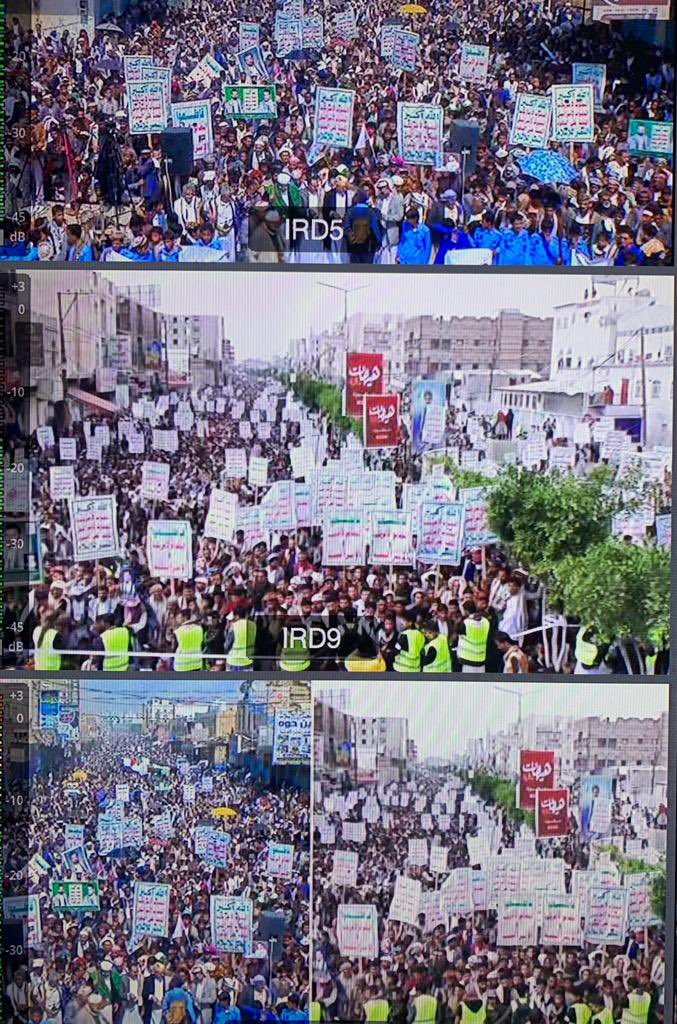 Masses of the Yemeni people rallies in the country’s capital, Sana’a, and other Yemeni Provinces to commemorate Ashura, the tenth day of Muharram which mark the martyrdom anniversary of Imam Hussein [AS], the grandson of Prophet Mohammad [Peace be upon Him].

During the events, speeches and poems were delivered that spoke about the revolution of Imam Hussain and the position of truth that he had taken in the face of tyrants and oppressors.

At the rallies, the participants raised banners and slogans denouncing the US policy in the region.

The crowds, who carried Yemeni and Palestinian flags, slogans of freedom chanted slogans condemning  the aggression against Yemen and Palestine, calling for more steadfastness to confront the aggressors.

The protesters confirmed their adherence to Imam Husayn’s approach, his teachings and the examples set during his life.

Meanwhile, the march statement denounced all forms of normalization and relations with the ‘Israeli’ occupation enemy, and considered them among the religiously forbidden actions.

“We affirm our principled adherence to the issues of our Nation, in the center of which is the Palestinian cause, our position against the ‘Israeli’ enemy and American arrogance, and our solidarity with the peoples of our Islamic Nation,” the statement added, considering this an essential part of the uncompromising religious commitment.

It strongly condemned the ‘Israeli’ aggression on Gaza, targeting the leaders of the resistance, and the repeated incursions into the blessed Al-Aqsa Mosque.

The statement renewed support for the Palestinian right to respond to the ‘Israeli’ attacks, calling on the peoples and free people of the Ummah to stand with the oppressed Palestinian people.

It stressed Yemenis principled position with the axis of jihad and resistance in the face of the Zionists until they are defeated and the sanctities in Palestine are liberated.

The statement further affirmed that the Yemeni people stand by Lebanon in the face of the ‘Israeli’ threats, and by the Islamic resistance which is represented by Hezbollah.

“The strength that Hezbollah has accumulated represents a strength not only for Lebanon, but for the entire Ummah, and a spearhead for the axis of resistance,” the statement said.

“In light of the announced truce, we say to the coalition of aggression, our hands are on the trigger, and we are continuing to prepare the force to confront your aggression, siege and arrogance.”