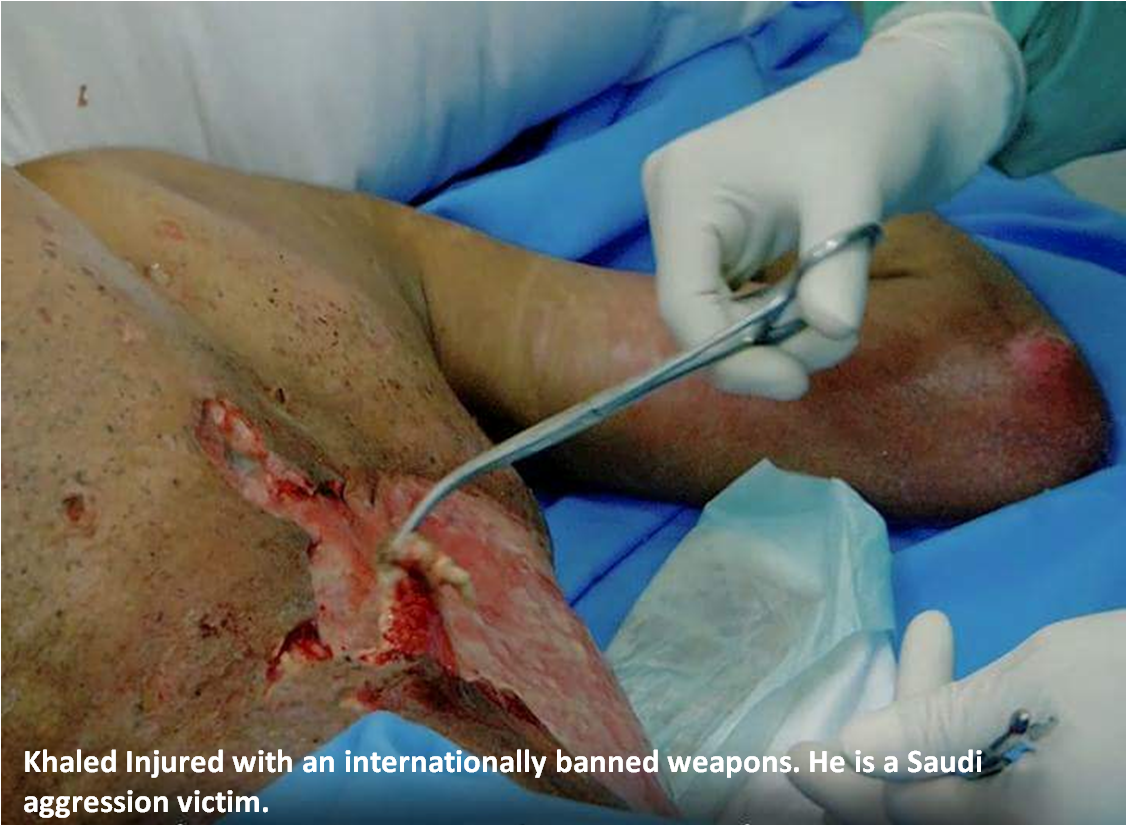 Human rights activists say Saudi Arabia has been using internationally-banned weapons in its military aggression against Yemen.
The regime in Riyadh uses banned weapons, such as phosphorous and cluster bombs, in its deadly airstrikes against the impoverished Arab country, Yemeni rights activists said during a press conference in the capital, Sana’a.
Hashim Sharaf al-Din, one of the activists, said, “Saudi Arabia has used banned weapons like cluster bombs, which have a lasting effect on civilians when they are dropped in wide areas and later claim the lives of the victims.”
They said during the conference that these bombs have been mostly dropped on densely-populated areas in Yemen’s provinces of Sana’a, Ma’rib, Sa’ada and Hudaydah.
A Yemeni man who was injured in a Saudi airstrike on the port city of Hodeida, said, “Where is the United Nations? Where is the Security Council?… Saudi Arabia is killing us by US and Israeli bombs.”
In August, Human Rights Watch called on the Saudi regime to “immediately stop using these (cluster) weapons and join the treaty banning them.” The rights group said the cluster bombs had resulted in the deaths of dozens of civilians.
In May, senior researcher, Ole Solvang, with the rights group said the cluster bombs “can’t distinguish military targets from civilians, and their unexploded submunitions threaten civilians, especially children, even long after the fighting.”
Yemen has been under Saudi military strikes on a daily basis since March 26. According to the latest tally, more than 7,000 people have lost their lives in the Saudi strikes, and a total of nearly 14,000 people have been injured so far.