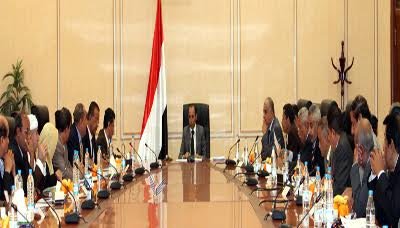 February 8th, the council in charge of ministers acts approved the decision of declaring 2016 as a year for the Yemeni soldier.

In the meeting headed by the supreme revolutionary committee’s member Talal Aklan, the council formed a committee to prepare a comprehensive vision for improving the Yemeni soldier’s situation and make the required plans and programs to implement the announcement over a specific period of time.

The decision aimed to confirm the Revolutionary Command concern for soldiers and their suffering, as well as, to appreciate soldier’s heroism and sacrifices that make Yemenis and their leaders pride of.

The council demanded the concerned authorities to give an intensive care to the martyrs’ families and the wounded soldiers.