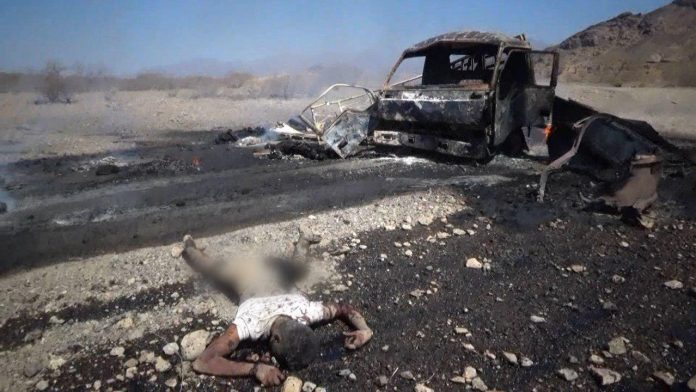 At least four citizens were killed on Sunday and two others injured in US-backed Saudi-led aggression coalition’s airstrikes on Marib province, a security source said.

The source explained that coalition’s warplanes waged several raids on a truck that was parked on the highway after the aggression had destroyed bridges in Rahbah Road of Mahliyah district.

He added that the aggression’s airstrikes also targeted a fuel station and shops in the district.

The source pointed out that aggression’s aircrafts launched 19 airstrikes  on Rahbah, Madghal and Sirwah districts in the same province.