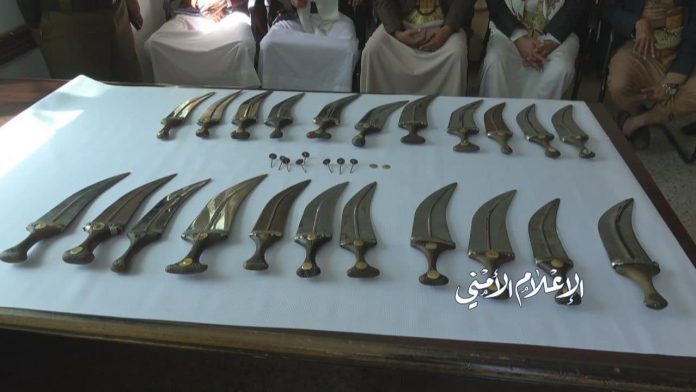 Police in Ibb province have managed to arrest the most dangerous organized gang of robbery, after it had robbed many Yemeni daggers (Janbiya) from citizens at gunpoint.

Director of Criminal Investigation Department in Ibb, Colonel Ghanem Jezilan, explained that the gang is one of the most dangerous criminal gangs and is consisting of eight members, all of whom have a history of murder, attempted murder, coercive theft, looting and banditry.

The gang members were using motorcycles while carrying out their crimes, he added.

Colonel Jezilan confirmed the arrest of all the gang members and the recovery of 22 stolen ‘janbiya’, seven of which were recovered in coordination with the security of Dhamar province.