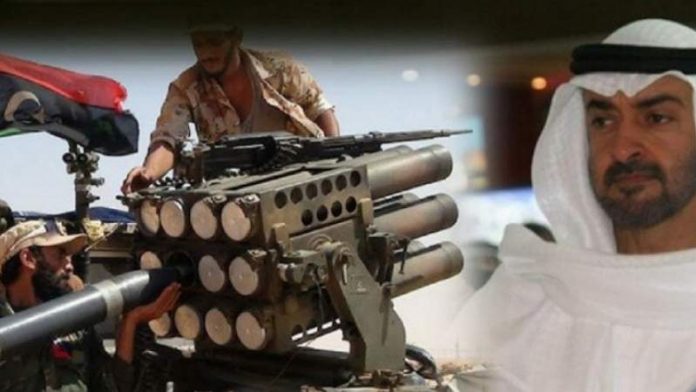 The German website Deutsche Welle (DW) reported that the sale of global weapons, especially from the United States of America, to the UAE encouraged oppression and tyranny in the region.

The site stated in a report that the United States and its European allies make up nearly three-quarters of all arms transfers to the Middle East and North Africa. Experts say that arms exports to countries in the region, led by the UAE, are fueling conflict and human rights violations.

Over the past five years, Western exports made up the bulk of arms delivered to the Middle East and North Africa. The United States leads the way, accounting for nearly 50% of all arms transfers to the region, while France, the United Kingdom, Germany and Italy make up 24%.

Russia was the second largest single arms supplier to the region, after the United States with 17% of the global arms export market to the region.

William Hartung, director of the Arms and Security Project at the Center for International Policy, said that small arms and other military aid played a role in perpetuating the conflict, but that major weapons systems visited massive devastation in the region.

Hartung said, “The aerial bombardment and the use of long-range artillery have been directly beneficial in the deaths of tens of thousands of civilians, and they are indirectly responsible for hundreds of thousands when bombing the infrastructure is taken into account.”

In Yemen, US and British aircraft, bombs, missiles and armored vehicles that were delivered to Saudi Arabia and the UAE contributed to a war that claimed more than 100,000 lives.

In Egypt, combat aircraft, tanks and helicopters provided by the United States were used in “what is supposed to be an anti-terror operation in North Sinai, but in reality it has become a general war against the civilian population in the region,” according to the report.

Arms shipments from the UAE have exacerbated the conflict in Libya as well – with reports coming in that some of these weapons were manufactured in the United States, according to the Geneva-based Small Arms Survey.

US arms exports only encouraged regimes such as those in Saudi Arabia and the UAE, and support for repressive governments paved the way for future instability in the region, according to experts.