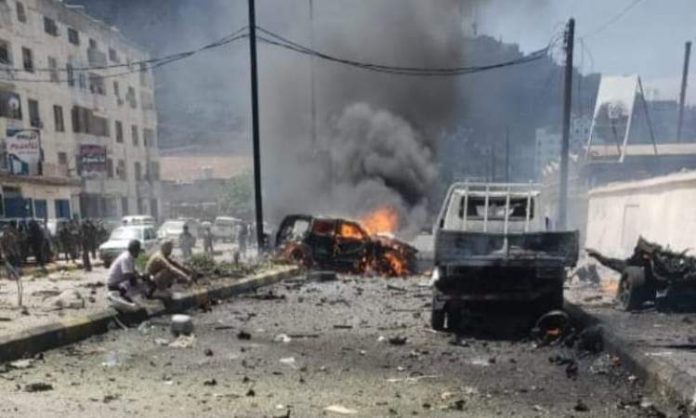 At least five soldiers were killed and seven others were injured in a car bomb attack targeting a convoy of the Governor of Aden governorate and the Minister of Agriculture in the Saudi-led Hadi puppet government, in al-Tawahi area, local sources said on Sunday.

The sources added the fate of the governor and the minister is still unknown.

No party has yet claimed responsibility for the attack. Aden and other southern provinces have been witnessing assassinations and security disorder since the United Arab Emirates occupation forces took control over the city.