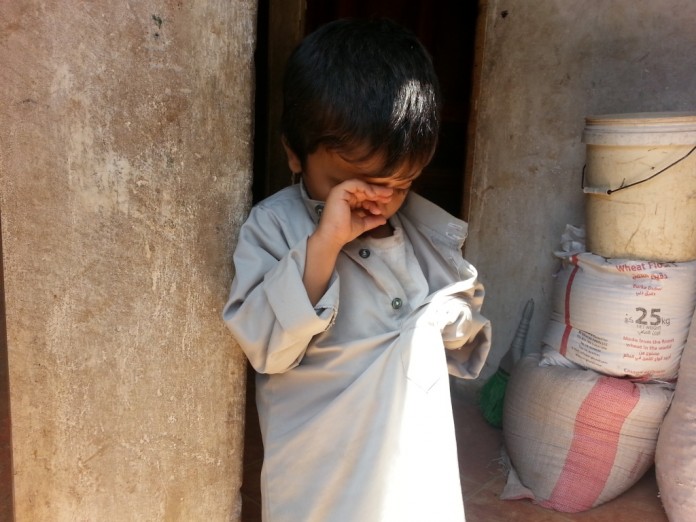 Ali al-Motamiz, chairman of the Executive Council of Sa’ada province, and Jamie McGoldrick ,resident representative of the United Nations in Yemen went with Abdul Ilah al-Izzi, the general manager of health and population Office to see the extent of damages and destruction in Haydan district.

They checked Haydan rural hospital that was targeted by Saudi-led coalition aggression, that destroyed the only hospital in the district that contained 88 villages for 100,000 population.

They also saw the extent of the damage in education facilities, Freedom Educational Gathering that contained more than 1000 students, and  Arwa school that contained 300 students. Thus, the education was permanently stopped in that city.

In this visit, al-Motamiz pointed out that this is the second visit for Jamie McGoldrick to check the extent of the suffering and tragedy that caused by  Saudi-led collation aggression on  Sa’ada province and Haydan district.

Jamie said “ targeting  hospitals and schools are inhuman acts that condemn their perpetrators.” He also pointed out to the humanitarian situations in the province and its needs.

They also visit  al-Mahather area in Sahar district to have a look on some of the  UN mobile clinics that provide medical services and treatment for the displaced and  affected people.