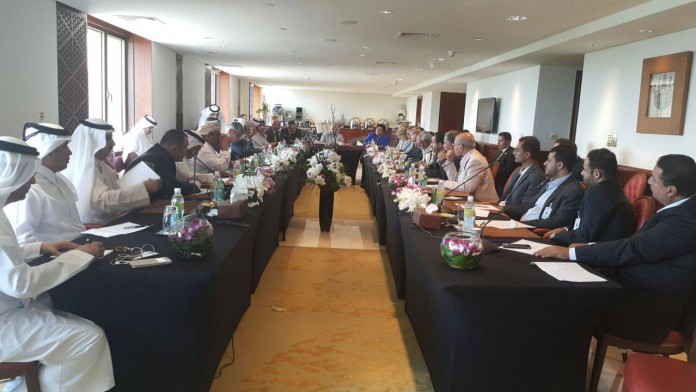 May 10th, sources said that the UN suggested to join all the decisions of the military and security committees that have been agreed in the political committee, this indicated that the UN support the national delegation vision.

Sources told Saba News Agency that the UN proposal aimed to activate the work of committees after Riyadh’s delegation refused to discuss the procedures of subcommittees working process arising from the Yemen Peace Talks in Kuwait.

sources clarified that  Riyadh’s delegation suspend the negotiations after they found themselves surrounded by the logic vision of the national delegation in the meeting of the military and security committee .