Home Reports Do We See Sanctions Against Saudi Arabia After Being In The Black... 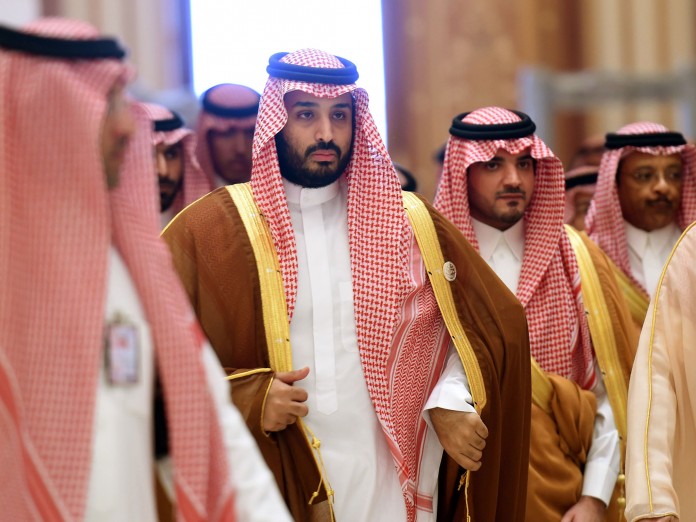 Navid Nasr, independent geopolitical analyst said that it is so hard to know if there is any Sanctions will be taken against Saudi Arabia after being in the black list because it is a partner United Sate  and NATO countries.

÷n an interview with RT channel about “Saudis are in the UN black list” Nasr answered the questions of “Are there any consequences or sanctions against the Saudi Arabia? And will Saudi allies restore  their support to the kingdom?”

He added “to my knowledge this is a reprimand and directed directly to the Saudi alliance from both the United Nations and non-governmental human rights organizations affiliated to Washington.”

According to the United Nation, UN included on June 3rd  Saudi-led coalition forces into UN Black List for groups involved in the recruitment and use of children, sexual violence against children, the killing and maiming of children, attacks on schools ,  hospitals, and threats of individuals attacks, as well as the abduction of children.”

Jo Becker, director of the Children’s Rights Division at Human Rights Watch, said to RT when these governments  are added to this list, it certainly stigmatized Saudi-led coalition to the crime, and highlights the fact that they are responsible for the deaths of hundreds of children in Yemen and attacks on many schools and hospitals.” Becker added “Since 2014, The number of  killed and maimed children in Yemen sixfold.”

UN reported last Thursday that Saudi-led coalition are responsible for 60% at least of  Yemen war Victims.

Lama Fakih, Senior Crisis Advisor at Amnesty International, called Amnesty to impose consequences against the Saudi-led coalition forces because of thier “unlawful attacks” in Yemen.

“We saw Saudi attacks to schools that prevented students from  starting their school year,” Fakih said.

According to Navid, The Saudi government and its army destroyed (intentionally)  northern Yemen using American weapons.

“United Nations decision to include Saudi Arabia to black list indicates that the degree of the crimes committed by the Saudi alliance in Yemen cannot be ignored anymore more,” Navid confirmed.