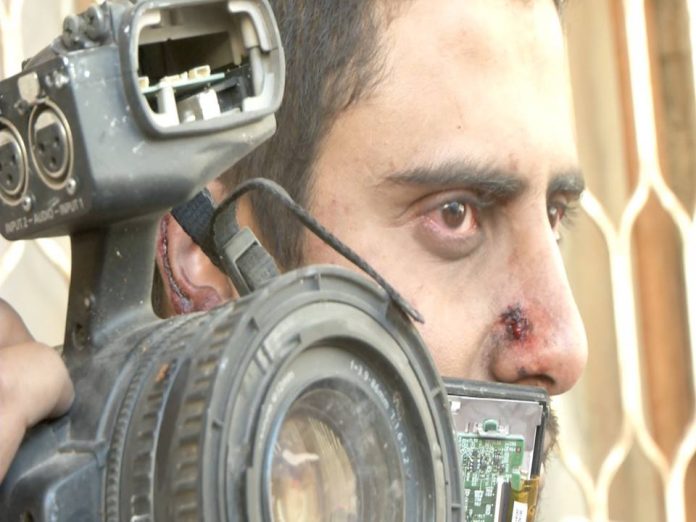 The Committee to support journalist (CSJ)coordinator in Yemen, Hassan Hamoud Sharaf al-Din, said that the Saudi-led coalition targeted with three raids a hall crowded of mourners where they were paying their condolences to the death of Yemen’s Interior Minister Jalal Al-Rouyshan’s father, Saturday afternoon, October 8, 2016. The attack left more than 700 dead and wounded from the civilians.

Sharaf al-Din added that Yemeni journalists and media members went to the hall after the first raid, but they were unable to reach the place due to the continued raids that targeted paramedics that is inconsistent with the text of the 1738 resolution of the Security Council stated that “condemn deliberate attacks against journalists and media staff during armed conflicts”.

“More than ten journalists were killed during their media covering, since the beginning of the war on Yemen on March 26, 2015, due to direct bombing of the Saudi-led coalition forces,” said the CSJ coordinator.

He noted that targeting journalist in the media covering  is against Moscow Declaration that demands the media member to support the world peace and international understanding, promoting human rights and fighting against racism.