Home Articles Cry in the face of arrogance!! 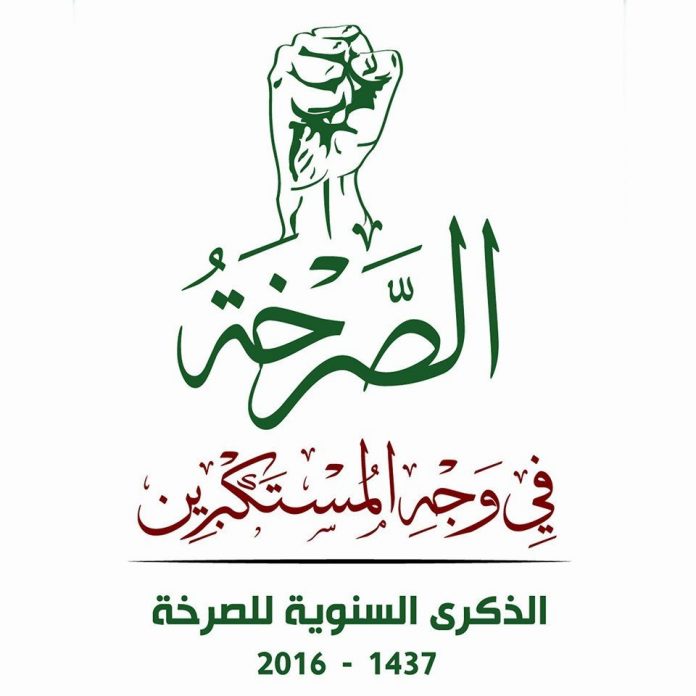 By Abdullah Ali Sabri
I once wrote that the “cry” would only make sense if it turned into a rock in the way of domination and arrogance, and I wanted to say that the practical side remains the cornerstone of slogans that raise the theory in order to tickle the feelings of the public ..
And the most systems and groups that improve the formulation of slogans brilliant and failed to apply on the ground .. But the “scream” in Yemen has borne fruit, when the Yemenis found themselves alone in the face of the Saudi-American aggression on our country, was a cry of anger and popular rejection of Saudi criminality And the cry will remain the title of this steadfastness of the people throughout the days of aggression, as was the cry and will remain the beautiful atheist of all the victories of the army and the popular committees, and with each process of quality of the missile force Which limited the military superiority of the enemy, and imposed new accounts he did not expect!
More importantly, this Yemenite steadfastness in the battle of freedom, dignity and independence confirms unequivocally that September 21 is outside the hegemony and external tutelage. The Zionist-American project in the region is crashing and falling every day on the rock of Yemeni steel that would not have gained this momentum The cry is already a rock, and the Yemenis have the right to boast that they were alone in the challenge when American barbarism and its tools decided to eradicate the dignity of Yemen. Yen and shed their blood and their land and their history and civilization !!
And today is the difference between the cry in the mountains of Marran a few years ago, and the loud cry on various fronts, marches and provinces .. Today, the difference between a vulnerable group kidnapped by people years ago, and a popular force and the land and people, and no longer shouting “Ansaria” or “Huthia “But a Yemeni, patriotic, free, generous, Muslim to God and a believer in jihad in the face of aggression, and a cry in the face of global arrogance!
God is greatest
Death to America
Death to Israel
Damn the (Jews)
Victory for Islam