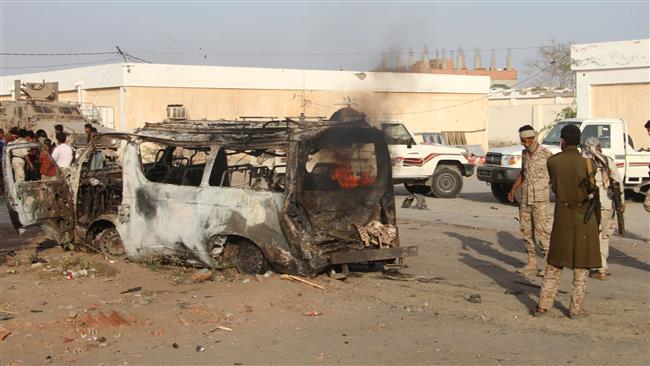 “The enemy fighter jets have launched airstrikes against many Yemeni hospitals and health centers and bombed them, including Abbas hospital in Hajjah province, al-Haidan hospital in Sa’ada and al-Houban hospital in Taiz,” al-Arajli said on Monday.

Noting that all the hospitals were managed and under the supervision of the Doctors without Borders (MSF), he said, “Bombing the Yemeni citizens and hospitals by the aggressors is considered as a war crime.”

Saudi Arabia has been striking Yemen since March 2015 to restore power to fugitive president Hadi, a close ally of Riyadh. The Saudi-led aggression has so far killed at least 14,100 Yemenis, including hundreds of women and children.

According to several reports, the Saudi-led air campaign against Yemen has drove the impoverished country towards humanitarian disaster.

Nearly 3.3 million Yemeni people, including 2.1 million children, are currently suffering from acute malnutrition. The Al-Saud aggression has also taken a heavy toll on the country’s facilities and infrastructure, destroying many hospitals, schools, and factories.

The World Health Organization (WHO) now classifies Yemen as one of the worst humanitarian emergencies in the world alongside Syria, South Sudan, Nigeria and Iraq.

The WHO announced that a cholera epidemic has killed over 1,500 people in Yemen since late April as the war-torn country is facing the “world’s worst cholera outbreak”, warning that as many as 300,000 could get infected by the end of August.

The country’s Health Ministry has already announced that 21 of a total 22 Yemeni provinces are threatened by the disease. On mid-May, it also declared a state of emergency in the capital Sana’a in connection with the epidemic.

The WHO has also estimated that 7.6 million Yemenis live in areas with a high risk of cholera transmission.