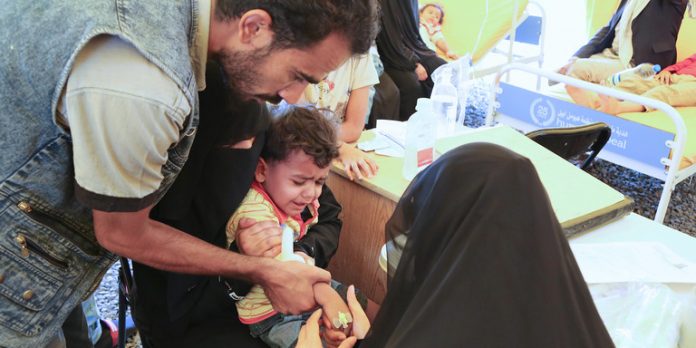 The closure of Sana’a airport has caused more deaths in Yemen than airstrikes by the Saudi-led coalition because many have died from not being able to travel for specialized medical care, The Norwegian Refugee Council said

10,000 Yemenis have now died from health conditions for which they were seeking medical treatment abroad, according to data from the Ministry of Health in Sana’a. The number exceeds the alarming death toll of close to 9,000 people killed in violent attacks.

Restrictions imposed on Yemen’s airspace by the Saudi-led coalition resulted in the official closure of the Sana’a International Airport to commercial flights on the 9th of August, 2016, leaving many Yemenis with no safe means of transport in or outside the country.

Prior to the escalation of conflict in Yemen, an estimated 7,000 Yemenis were travelling abroad from Sana’a International Airport for medical treatment not available within the country, a number that grew exponentially following the escalation of violence in early 2015.

“Denial of access to travel has condemned thousands of Yemenis with survivable illnesses to death,” said Mutasim Hamdan, NRC Director in Yemen.

“Beyond airstrikes and cholera, the war in Yemen is devastating Yemeni lives on all fronts,” Mutasim Hamdan added

The NRC said more than 54,000 people have been killed or injured since the escalation of violence in 2015, and close to half a million affected by cases of suspected cholera since April this year, as Yemen’s already fragile health system struggles to meet basic health needs.

“Without access to safe, commercial travel, Yemenis are left with no way to access critical medical care. The result is devastating; thousands of women, men and children who could have been saved have now lost their lives,” said Hamdan.

“Yemen’s public services are crumbling under the pressures of war: hundreds of thousands more people are sick, injured or in need of services, but there are drastically reduced resources to meet them,” said Hamdan. “It is critical that all channels of domestic and international air movement are reopened so Yemenis can get help, and help can get to Yemenis.”