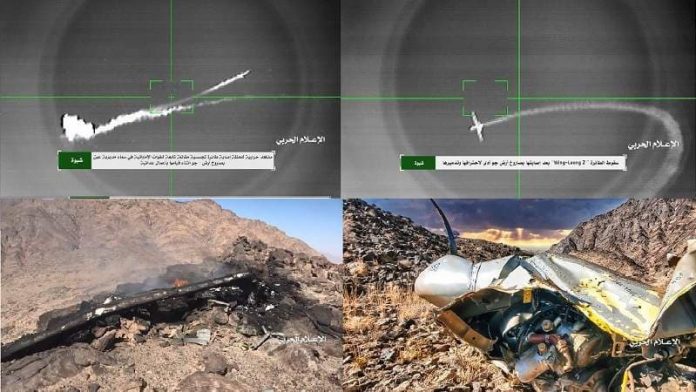 The scenes showed  a locally-made surface-to-air missile hitting the Wing Loong 2 aircraft belonging to the UAE Air Force in the airspace of Ain district, while carrying out hostile actions.