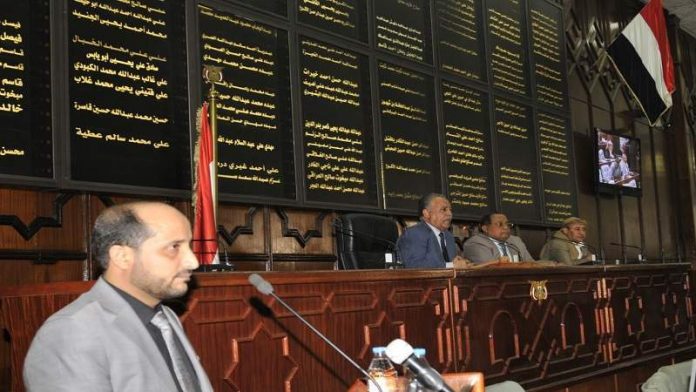 The Yemeni Parliament condemned, on Sunday, the continuation of detaining oil tankers by the Saudi-led aggression forces, considering this a circumvention of the terms of the UN-sponsored truce.

The members of the Parliament called on the Security Council and the United Nations to compel the countries of the aggression coalition to supply crude oil revenues to Yemeni banks, as well as support hospitals, pay the salaries of all state employees and improve services.

They held the United Nations fully responsible for the transfer of the Central Bank to Aden and the resulting repercussions and exacerbation of the humanitarian situation and increased suffering of the Yemeni people, as well as the catastrophic effects of the aggression and siege for more than seven years.

They also called on the Security Council and the UN to obligate the countries of the coalition of aggression to supply crude oil revenues to Yemeni banks and work to restart the Aden and Safer refineries to alleviate the suffering of the Yemeni people, as well as support hospitals, and pay the salaries of all state employees, in addition to improving services, subsidizing electricity, and providing necessary services to all Yemeni governorates.