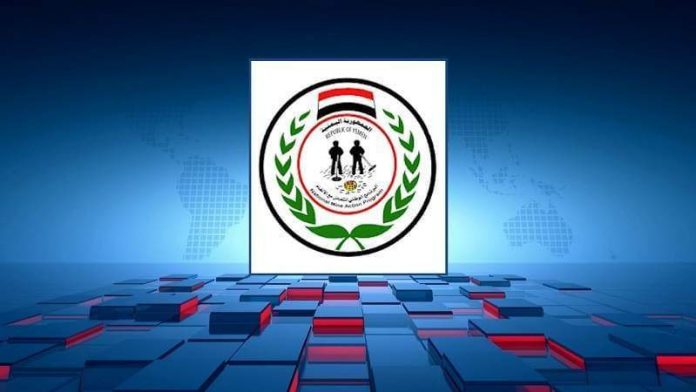 The Executive Center for Mine Action has on Saturday called on the United Nations and humanitarian organisations to make efforts to urgently provide detectors in order to clear areas contaminated with mines, cluster bombs and remnants of war.

In a statement issued Saturday, the center urged the United Nations and humanitarian organisations to continue supporting the center’s activities to be able to secure the lives of tens of thousands of Yemenis from the remnants of war.

The statement considered the failure to provide the necessary equipment for the center to clear mines, cluster bombs and remnants of war during the past seven years “a humanitarian crime and disrespect for the lives of thousands of civilians in Yemen.”

“In light of the humanitarian truce currently underway under the auspices of the UN envoy to Yemen, and with the continued death of civilians in Yemen due to mines and remnants of war, the center suffers from a lack of supplies for field work and the lack of detectors,” the statement read.

According to the center’s statement, the file of cluster bombs, mines and remnants of war was excluded from the humanitarian treatments during the armistice.

The statement indicated that 62 civilian casualties were recorded, both martyrs and wounded in the province of Hodeida, Saada, Sana’a, Jawf, Hajjah, Taiz, Ma’rib, Dhalea and Ibb during the month of June alone, most of them children or women.

The Executive Center for Mine Action blamed the United Nationsand the international and humanitarian organisations for the continued casualties due to their lack of field work requirements and delivery of detectors.