Home Local News National Campaign To Support The Central Bank Continues In The Capital Of... 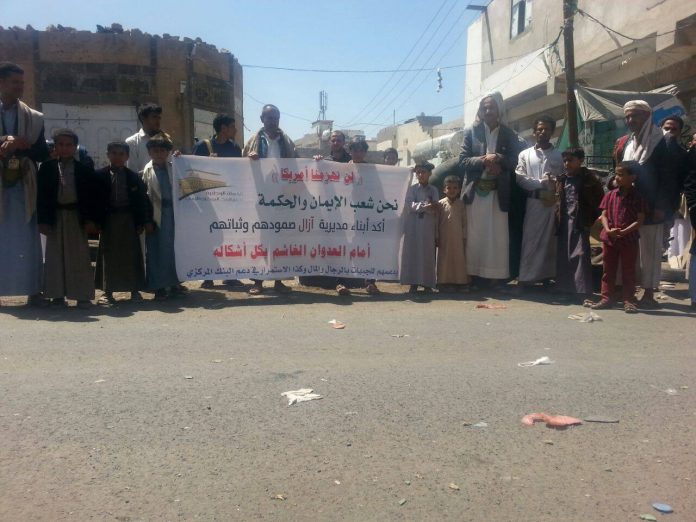 October 8th, the citizens of the Capital of Sana’a organized national campaign to support the central bank under the slogan “America Will Not Defeat Us, We Are the Sons of Faith and Wisdom”.

Participants in the events from different directorates confirmed their resistance in the face of Saudi-led coalition aggression and their support for the central bank.

They added that the victories have been achieved in the military front   against the Saudi-led coalition aggression, also have to be achieved in the economic front, through supporting the central bank.